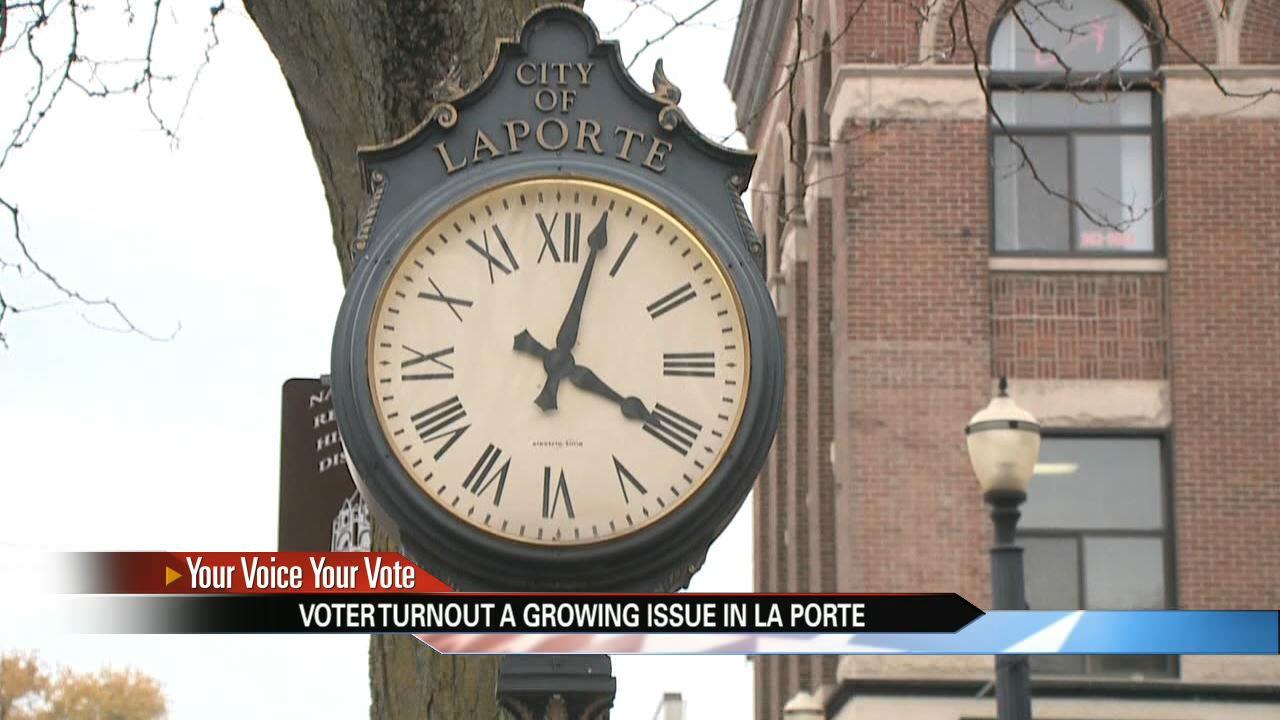 Many Hoosiers are using their voices but not their votes.

The general municipal elections are just weeks away and many politicians predict another disappointing turn out at the polls.

If the November elections are anything like what we saw months ago, counties like La Porte could see just above 13 percent in voter participation.

That was actually better than the statewide percentage of about 12 percent according to Indiana’s Election Division.

Those number are alarming to La Porte’s mayor, but finding a solution might not be that easy.

“It’s not a trend that we want to continue,” said Mayor Blair Milo.

It's a trend of political apathy in this city that mirrors a statewide problem with galvanizing voters.

It’s a problem that Mayor Milo knows all too well.

“When we have just municipal candidates on the ballot then that’s a consistent trend of having lower turnout,” she said.

And it's a problem often talked about next door to the mayor’s office.

Ritter says he often talks about voting everywhere he goes, even at the barbershop next door to City Hall.

"We call it trying to solve the world’s problems,” he said.

And he usually debates on topics about the local government that has a big impact on his life.

“We have different points of views but we try to talk about stuff going on,” he said.

Ritter talks the talk at the barbershop and he makes sure he walks the walk to the polls.

“For myself, I try to vote every time I can,” he said.

“I hope that everyone takes advantage of the opportunity that many have fought and dies for,” said Mayor Milo.