As lake effect snow is finally in the forecast, it's time to take a look at the impacts that we usually see in Michiana from the lake effect snowflakes. First, South Bend and others around the area can pin much of their annual snowfall totals on lake effect. South Bend sees about 82 inches of the white stuff but Fort Wayne, just to the east, only sees about 32" on average per year. 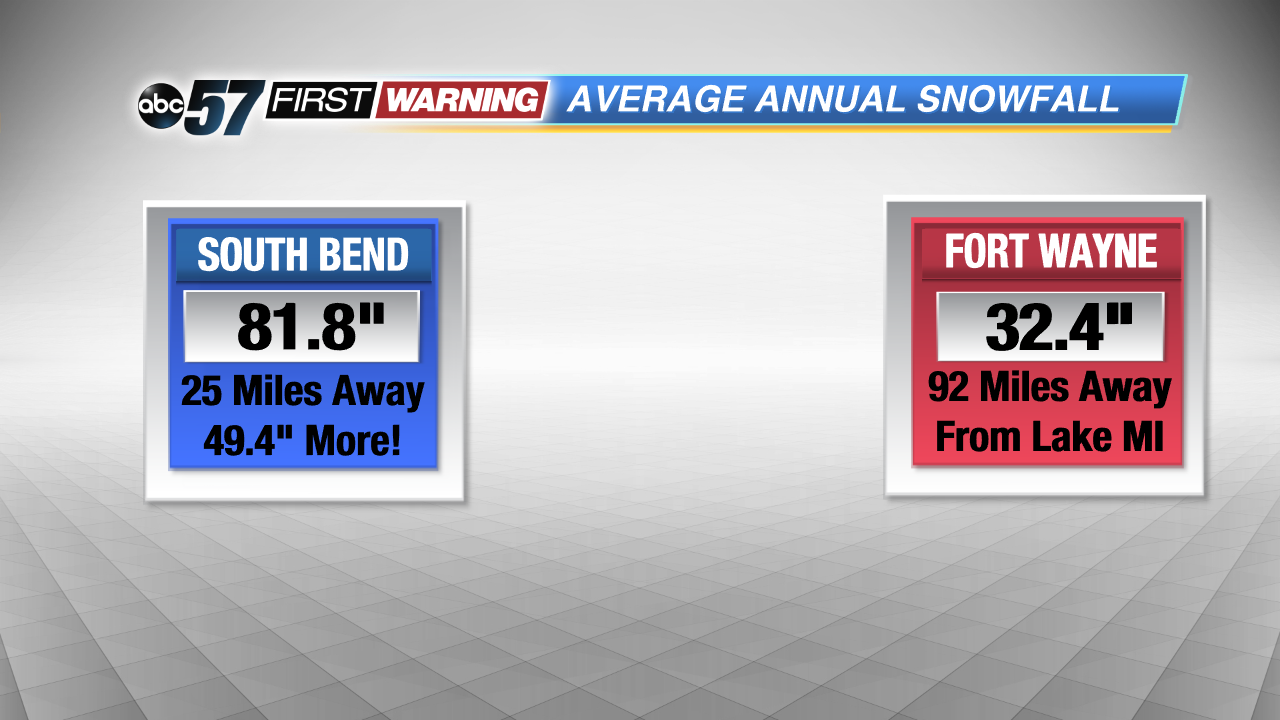 Lake effect takes up a large part of our average annual snowfall numbers. If there was no lake next to us, our numbers would probably look like Fort Wayne's.

Second, the intensity of the lake effect can cause tremendous problems on the roadways. The instability between the warmer lake waters creates the lift and moisture needed to form lake effect snow "streamers". A consistent wind is needed to push those clouds that form from the lake to the land and if the wind direction doesn't change, snow can fall over the same areas for many hours. This was the case in February 2003.

A lake effect band quickly pushed into northern Berrien County dumping rounds and rounds of snow on I-94. Heavy snowfall caused a 75-vehicle pile-up, shutting down a 12-mile stretch of the highway. In the end, one person was killed and 94 others were hurt.

Luckily, we aren't expecting any intense accumulations like that in the near-future.