Because of the cooler than normal air temperatures this past spring, and June so far, the Lake Michigan water has had a hard time warming up.

The average surface temperature of Lake Michigan is currently 54.6 degrees, which is 1.7 degrees cooler than normal. That may not seem that much below average, but it is the coolest average lake temperature as of June 19th in the past six years. For a comparison, 2018 was one of the warmest in six years.

To put this into perspective, the buoy temperature at Michigan City on Wednesday was only 62 degrees, but last year on the same date it was 69 degrees. That is a big difference, and last summer people were likely comfortably swimming in the water by this time.

Finally, the air temperatures look like they may warm up and stay warm for the foreseeable future, and this means that the Lake Michigan shore waters will finally start to warm too. As of Wednesday, lake shore water temperatures were in the low sixties, and by this weekend the beach water will warm around two to three degrees.

What about the rest of summer? If the Great Lakes region has near normal temperatures for June, July and August, water temperatures will likely warm up like this: 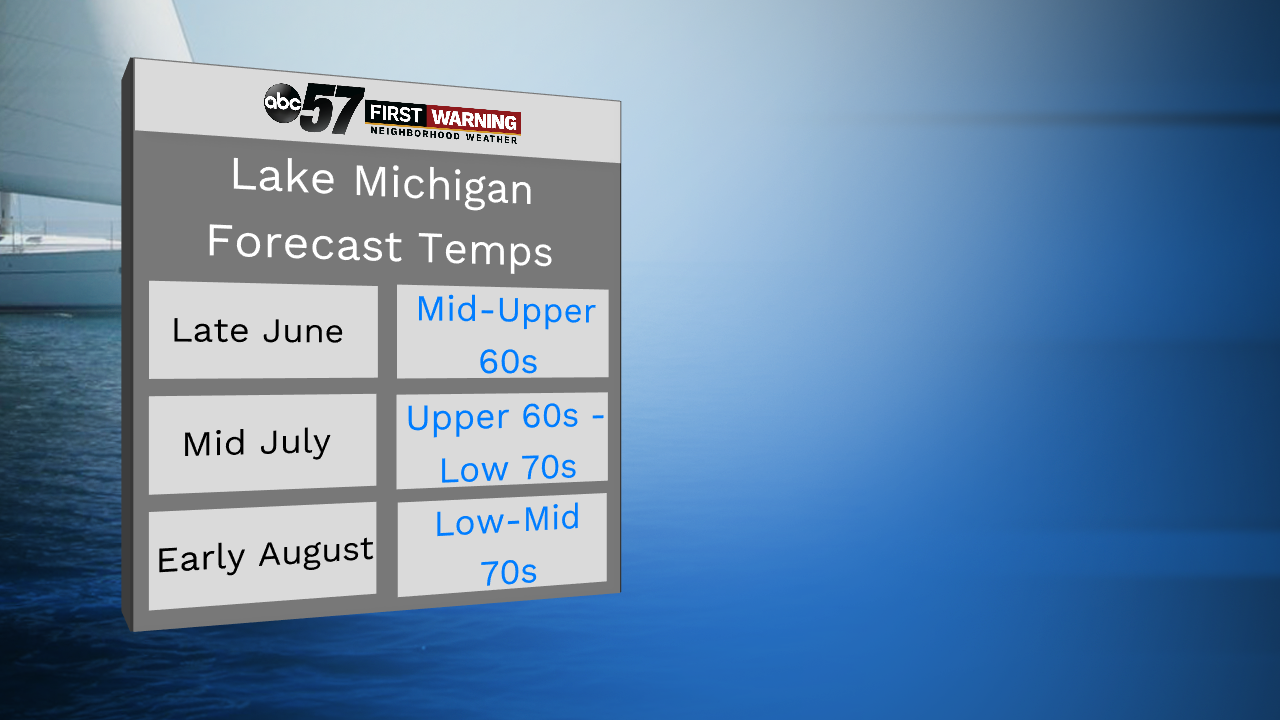 Sixties are still chilly for most people, and most people find the seventies comfortable for swimming. Water temperatures usually peak in early to mid-August. This year’s peak temperature will likely be in the mid 70s, which is near normal, but still cooler than the 2018 peak temperature of 81 degrees.

This forecast is based on current water temperatures by GLERL, long term averages by Coastwatch GLERL, and buoy data.