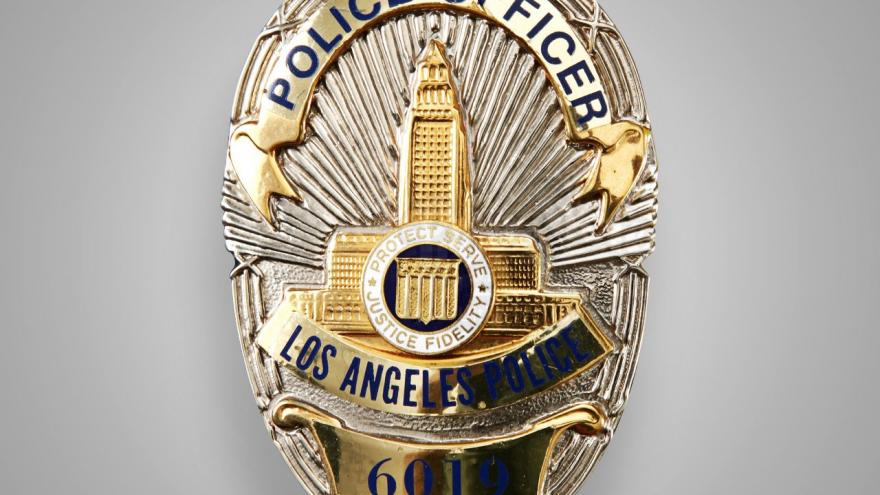 (CNN) -- The Los Angeles Police Department arrested and charged three of its own juvenile cadets after they stole and crashed three police vehicles, authorities said.

The three teens, two males ages 15 and 17, and a 16-year-old female, were all members of the LAPD cadet program, Police Chief Charlie Beck said Thursday.

They were not identified because they are minors.

In addition to the three vehicles, police also recovered two Tasers, two police radios and a bulletproof vest, he said.

The investigation into finding the vehicles promptly focused on the female cadet who had been assigned to the location where the vehicles went missing, Beck said.

The female teenager was last seen on surveillance video putting gas on one of the vehicles that was missing. A few hours later, the missing patrol cars were spotted side-by-side on the streets of South Los Angeles.

LAPD officers attempted to stop the teens driving the patrol cars, but both fled and at one point during the pursuit, went different directions, initiating two police chases throughout the streets of South Los Angeles.

The teenagers, one of whom was wearing an LAPD bulletproof vest, were arrested and taken in for questioning. During the investigation, one confessed to having stolen a third patrol car, Beck said, and possibly having had that vehicle for over two weeks.

Police found the third patrol car parked in front of a residence near the neighborhood where the two other vehicles had been spotted, and recovered two Tasers and two radios.

Beck said cadets are not allowed to drive patrol cars, and the teens had outsmarted the checkout system set in place to account for patrol vehicles.

"They accessed our inventory system, logged in under a sergeant's name that they knew and was on vacation, and impersonated him to cover their use of their vehicles," Beck said.

Beck reiterated that a full inventory has been done of all police vehicles and firearms. All 1,800 vehicles are accounted for and no firearms ever went missing.

"We are in the early stages of the investigation. We believe that the cadets may have impersonated police officers using these vehicles," he said.

"I have conducted a top-to-bottom review of our cadet program," he said.