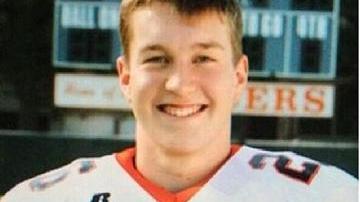 Friends and family are still in shock after learning about the death of West. One of his teammates and best friends tells ABC57 he had a personality that could never be forgotten.

This is how friends and family remember West. The 17-year-old athlete, his teammates say, never had an ounce of quit.

"He's always pushing you hard. To try to do your hardest," says Smith. "He's never negative about anything. He would help you with anything you need."

Moments after hearing about his passing, his peers took to Twitter to share memories of West's life and to try console one another about the loss.

One of his best friends, Will Smith of LaPorte says he's known West since fourth grade and they did almost everything together. His wish is to have another heart-to-heart with the teen who's been like a brother to him.

"I haven't thought about that I would just like to talk to him and one more time," says Smith.