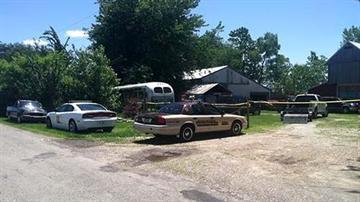 KOSCIUSKO COUNTY, Ind. -- The Kosciusko County Sheriff’s Department dismantled what deputies say is potentially the largest marijuana grow operation in the county’s history. The operation was found in a house near the town of Burket.

Acting on an anonymous tip, the sheriff’s Drug Task Force went to 7895 West, County Road 600 South, Claypool. On the property was a small farm.

Deputies met with the owner, Christopher Paul Cords, 48, and he consented to a search of his barns and out buildings, reports said.

The Indiana State Police Marijuana Eradication Section was called in to help dismantle the operation.

Deputies seized approximately 646 plants and the estimated street value is in excess of $200,000.

Cords is currently being held in the Kosciusko County Jail on a $5,000 bond for preliminary charges of felony dealing in marijuana with intent to deal and felony possession of marijuana, growing, cultivating over 30 grams.