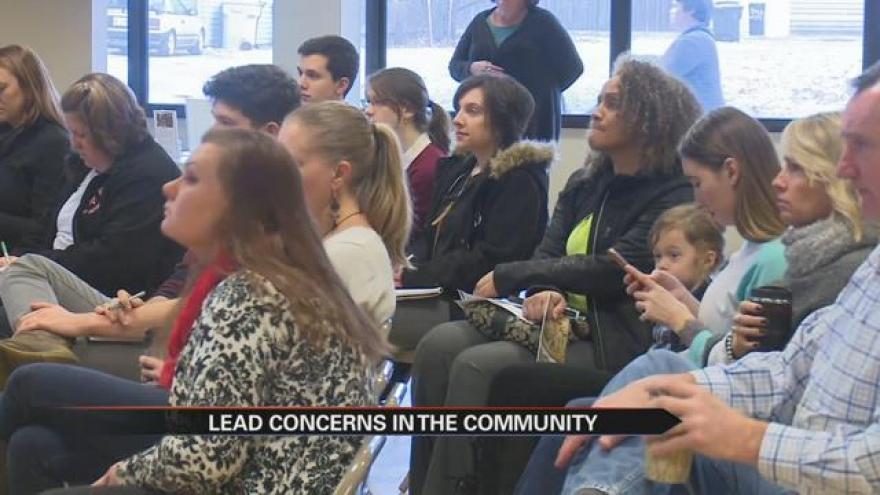 Children exposed to lead in the community, is a problem many in South Bend are continuously concerned about.

The good news? The water is clear.

But some home's paint and windows may not be.

A community meeting held at the Near Northwestern Community Center Saturday, was filled with parents, city council members, the mayor, and more, discussing ways families can protect, prevent, and deal with lead in their children.

"I have a young son who's been tested for lead. He's lead free," says Robin Vida, the Director of Health Education at the St. Joseph Health Department.

She's one of the lucky ones. Unlike some of the many parents who attended Saturday's meeting.

But hearing those families' stories, made her think.

"It's a little bit alarming, because I'm wondering: was I tested for lead when I was pregnant? Will my son be tested again?" adds Vida.

The issue of lead in paint and windows in some neighborhoods in South Bend is prompting a conversation.  What can be done for the children?

"Action. What can we do realistically to help make a small impact while we wait for those resources to follow," says Vida.

Resources like funding, education, and the tools to fix homes that have lead in them.  Resources that South Bend and St. Joseph County just don't have.

And it's something South Bend Mayor Pete Buttigeg feels strongly about.

"We have to advocate with the state and we gotta advocate with federal government and do anything we can to fund the testing," he says. "And to help family members to, you know, fix their homes."

The Housing and Urban Development funding allocated towards lead testing in children ran out this summer. Now, parents are at a loss of what to do.

"Learning you have lead in your home doesn't do you much good if you can't afford to fix it," Mayor Buttigeg adds. "We gotta make sure we are lining up those resources to make sure their homes are a safe place for their children to live and grow up."

Attendees and speakers know that change won't happen in just one day.

But Saturday's meeting, was a start.