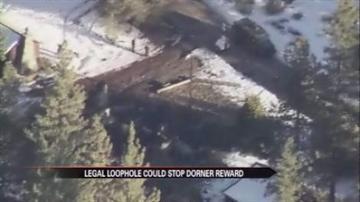 Two people who called int he crucial tip that led to the death of ex-cop Christopher Dorner may not get the reward money that was offered by LAPD.

A legal loophole could stop the reward's release because Dorner was not actually captured.

The couple Dorner held hostage could qualify for the reward. They called in a tip about Dorner after he tied them up and took off.

The LA mayor's office said nothing has been decided yet.