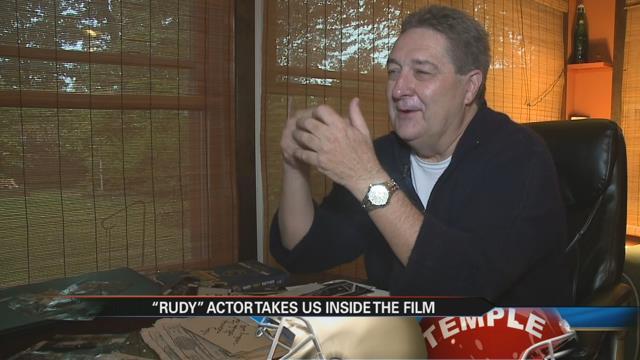 It’s been 40 years since Daniel Eugene ‘Rudy’ Ruettiger stepped on to the Notre Dame Football field in his last opportunity to play for the Irish at home.

Larry DeFreeuw will be the first to admit his role may not have warranted and Oscar nod, but it was a role nonetheless in one of the most beloved sports movies of all time.

“And at the time I don’t think anybody realized just how much it was gonna take off.”

But it did take off and so did DeFreeuw.

It took seven takes to film a scene just a few seconds long, but for DeFreeuw, those few seconds changed his entire life.

Favreau and Sean Astin went on to magical careers in the world of Hollywood.

For DeFreeuw, Rudy was the beginning and the end of his acting career but it’s a role he’ll never forget in one of the greatest sports movies of our time.