Live from a limo: ABC 57 rides into the New Year in style 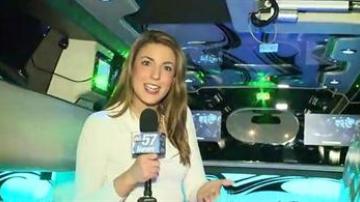 As the New Year approached, some people were traveling into 2012 in style.

ABC 57 took a ride in a stretch range rover limo. Royal Excursions of Mishawaka took us for the ride of our life to show us how people were spending New Year's Eve.

They were all booked up over the holiday weekend, but don't let that stop you! Grab about 50 friends and try taking one of their rockstar coaches instead.

"People are even renting out the 29-passenger mini coaches. Of course, we have the 46 rockstar coach, and 56 to 57 passengers," said Laura Dennison, the Director of Marketing at Royal Excursion.

Royal Excursions will be starting a new service in mid-January called requestride.com where you can request a ride just two hours in advance to local bars, restaurants, and clubs.