Live from Cleveland for Game 7 of the World Series 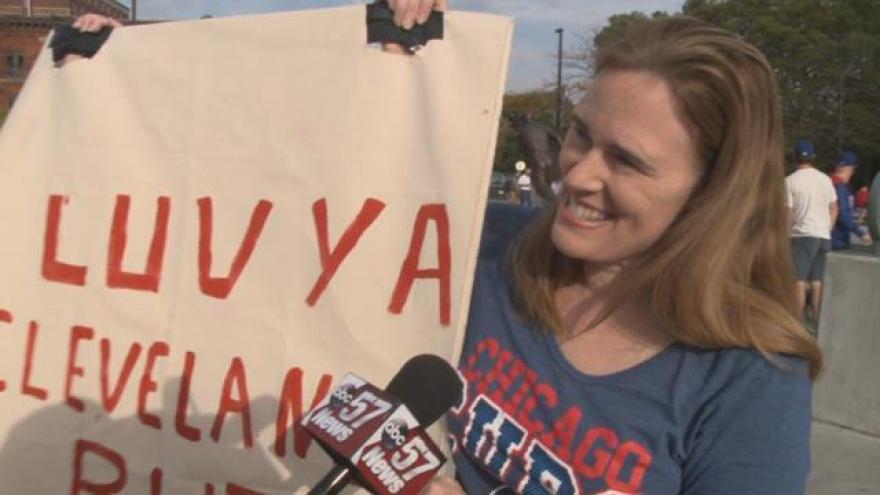 It all comes down to Game 7 of the World Series. The Cleveland Indians and the Chicago Cubs both want to take home the Commissioner's trophy. ABC57's Drew Gardner is in Cleveland just outside Progressive Field for the final game of the series.

Even though it's a home game for the Indians, Chicago Cubs fans are well represented.

Meg Gorecki and her aunt scored balcony seats to Wednesday night's game. She says attending the World Series is a family affair.

"Our great aunt went to the 1907 and 1908 games in Chicago on the west side. Wrigley Field hadn't been built yet and she was there in 1907 and 1908. So we wanted to come to the winning game here in Cleveland. We road tripped over from Chicago and we're here today because we said we love Cleveland but this our year," said Gorecki.

One fan said his father, a lifelong Cubs fan, just passed away in February.

What would his father think about him getting tickets to the World Series game?