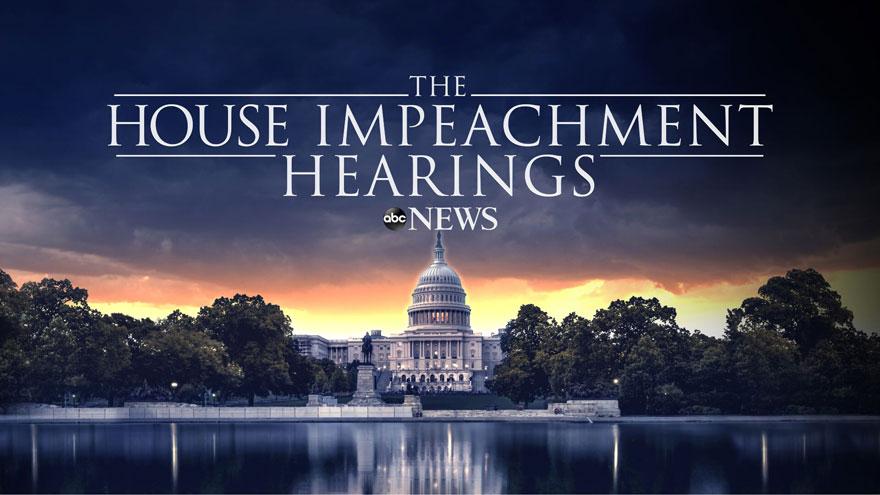 (CNN) -- The Democrats' drive to impeach President Donald Trump kicks into high gear Monday with a hearing designed for Democrats to make their case against the President.

Lawyers for the House Judiciary and Intelligence committees will make opening arguments and present the evidence before facing questions from the Judiciary panel -- a lengthy event that's likely to be the final public hearing before Democrats take up articles of impeachment.

The hearing sets the stage for a two-week stretch, in which Democrats are expected to introduce impeachment articles, debate and approve them in the Judiciary Committee and then take a vote on the House floor that could make Trump the third President in US history to be impeached.

Democrats say the case against Trump is clear.

"We have a very rock-solid case," House Judiciary Chairman Jerry Nadler, a Democrat from New York, told CNN's Dana Bash on "State of the Union" Sunday. "I think the case we have, if presented to a jury, would be a guilty verdict in about three minutes flat."

The Judiciary Committee provided the White House with the investigative materials from Congress that are part of the impeachment proceedings against the President, according to a letter Nadler sent White House counsel Pat Cipollone on Sunday.

"The Democrats are looking at a partisan impeachment of the President of the United States," GOP Rep. Mark Meadows of North Carolina said on "State of the Union" Sunday. "We see this."

The diametrically opposing views between Democrats and Republicans on impeachment underscores the intense partisan fight that's continued to escalate as an impeachment vote has drawn closer and closer.

While House Speaker Nancy Pelosi and senior Democrats have made clear they are proceeding on impeachment, House Democrats are still debating whether the articles should narrowly focus on Ukraine or to expand the scope of the articles to include the allegations detailed by former special counsel Robert Mueller.

As Democrats debate including Mueller's evidence, Trump's conduct as detailed in Mueller's report will at least be part of the discussion on Monday.

Democratic sources say that Monday's hearing will showcase a "pattern of behavior" of Trump that shows impeachable conduct while in office, as Nadler signaled in Sunday's interview.

House Judiciary Committee counsel Barry Berke is expected to detail a pattern of Trump's behavior in his opening statement, which will likely include some discussion of the details of the Mueller report, the sources said.

Ukraine will be the dominant focus Monday, as House Intelligence Committee counsel Dan Goldman will lay out the committee's investigation and will be the one answering questions during the bulk of the hearing. But Democrats say Ukraine is a central piece of a larger narrative of Trump abusing his office, and they will try to paint that picture.

Still, House Intelligence Chairman Adam Schiff, a California Democrat, seemed to indicate he did not support including the Mueller allegations in the impeachment articles.

"There is overwhelming evidence the President sought to coerce Ukraine into interfering in our election, essentially sought to cheat in our next election by getting a foreign government to weigh in," Schiff added. "That is a very serious business and it imperils our national security, it's a gross abuse of his office and the President also deeply sought to obstruct the investigation into that wrongdoing, and I think that is the gravamen of this offense here."

Steve Castor, the counsel for Rep. Jim Jordan of Ohio who led the GOP staff questioning during the House Intelligence Committee hearings, will present for Republicans for both the Judiciary and Intelligence committees.

The White House on Friday said it would not participate in the Judiciary Committee proceedings, telling the committee in a letter Friday the impeachment inquiry was "completely baseless" and a "reckless abuse of power."

Cicilline, in response to Trump's tweet, tweeted a selfie of the three of them and Rep. Joe Neguse of Colorado from inside the hearing room where Democrats on the House Judiciary Committee met Saturday and Sunday to prepare for Monday's hearing.

"While you're busy tweeting insults, we're busy working to honor our oath of office to protect and defend the constitution and safeguard our democracy," Cicilline tweeted.

"We need to listen, we need to go through the hearing tomorrow and see what is said there," Jayapal said. "We do want to listen to the minority case, the minority's counsel, we want to make sure we have all that information in front of us, and then once that's done, we'll have a good sense of what's next."