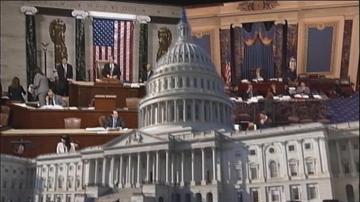 Congress has just seven days to reach a deal or else it will have devastating effects on public transportation and education, including several local programs like Meals on Wheels.

These forced budget cuts come at a bad time. The director at Meals on Wheels says just this week they have seen an uptick in the number of people joining the program.

Meals on Wheels serves roughly 1,700 meals a day out of its South Bend kitchen. However, that could change if Congress cannot strike a deal to stop the looming budget cuts set to take effect March 1st.

"Once it hits, you know there is a cut coming," said Real Services director of transportation and nutrition George Hawthorne. "The question is how much?"

Hawthorne runs the day to day operations for the Meals on Wheels program. He says if the budget cuts take effect, the program will lose 10 percent of its federal funding. As a result, the program would have to come up with at least $150,000 on its own.

Hawthorne says private donations are down and with food and gas prices on the rise, he says the only option left is to serve fewer people.

Still, until a decision is reached by Congress, programs like Meals on Wheels cannot do anything but wait.

Hawthorne says they have a lot of volunteers who serve meals every day. It allows them to save money and with possible cuts on the way, he says they could always use more volunteers.