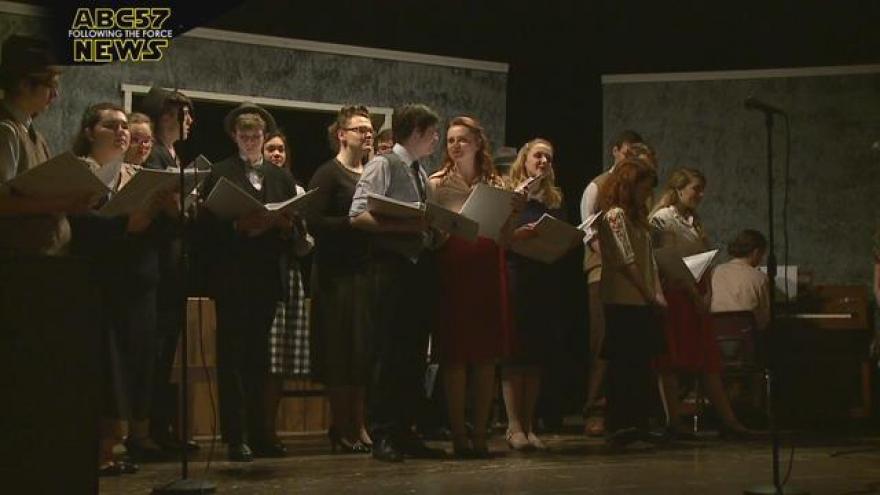 Friday will be a big day for many in the Michiana community. It’s the official opening day of the new Star Wars film, where the lead villain is played by Mishawaka High School alum Adam Driver.

A group of young stars are excited to perform on the same stage as Driver.

“I kind of got more hope, because at one time, I lost hope,” said senior Brandon Armentrout. “I thought I would never get out of town. I’m never going to do what I aspire to do. Then I heard he went here and he acted on this stage. I got hope.”

A new hope that is cultivated through hard work. And for many, it all starts on the stage at Mishawaka High School.

“This is a starting place,” said Abigail Bill, theater director at Mishawaka High School. “A lot of kids haven’t talked to an audience before. For a lot of these kids, here is the first time they felt important, that they were on stage and had an audience pay to come see them. I hope that it inspires them to keep going on.”

These Mishawaka Thespians are inspired, after seeing another Mishawaka graduate make a name for himself in Hollywood.

Adam Driver graduated in 2001 and performed on the same stage. He plays the villain in the new Star Wars Movie.

“I’ve always wanted to pursue a career in acting and singing,” said Hannah Ryan, a junior who plays the lead female role. “Knowing that he did that, got in to a major role in a movie, it’s so inspiring and it gives me hope.”

Students like Ryan are hoping to pursue a career in acting once they graduate from high school.

It’s a dream that seems closer to reality, as they prepare to see one of their own on the big screen.

Once the play is over, the group hopes to catch the new Star Wars movie together next week.