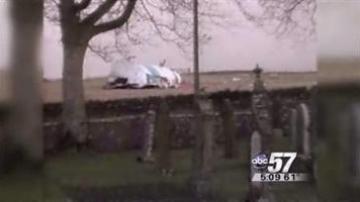 The man convicted in connection with the 1988 Pan Am flight bombing is dead.

Abdel Basset Ali Megrahi, 60, received a life sentence for the attacks, but the former Libyan intelligence officer was released from a Scottish prison in 2009 after being diagnosed with terminal prostate cancer.

At that point doctors believed he had just months to live.

Two hundred and seventy people were killed after Pan Am Flight 103 exploded over Scotland more than 20-years ago.