One person dead after van hits crowd outside London mosque 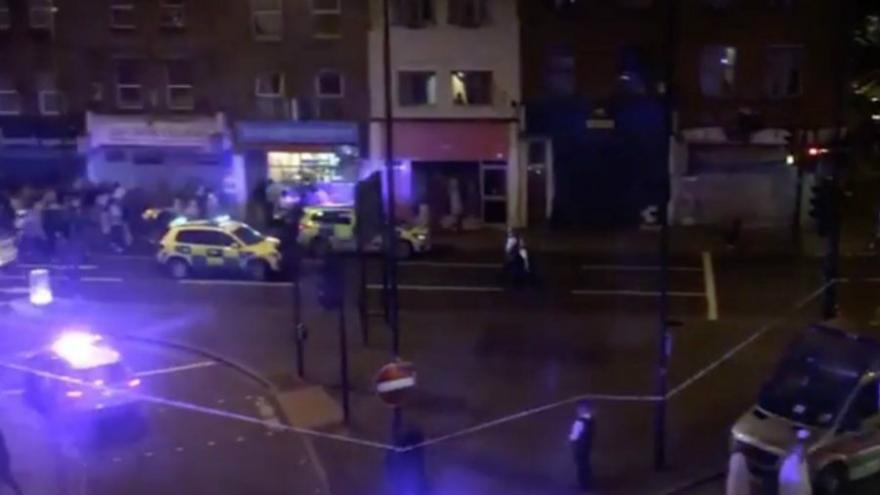 (CNN) -- A vehicle hit pedestrians in London and authorities say one person is dead, and 10 people injured.

Both Prime Minister Theresa May and London's mayor are calling this a terrorist attack.

London's Metropolitan Police said officers were called just after midnight Sunday to an incident on Seven Sisters Road. Authorities say the van driver has been arrested.

London Ambulance tweeted: "We have sent a number of resources to an incident in Seven Sisters Road. More information will follow when we have it."

Transport for London tweeted that Seven Sisters Road was closed northbound at Hornsey Road and southbound at Rock Street.

CNN national terror analyst Peter Bergen said the neighborhood has a large Muslim population and the nearby mosque has a notorious reputation as a place where Islamist militants used to gather.

Resident Cynthia Vanzella said said she was in bed when she heard people shouting. Vanzella said she went to the window and saw "loads of people gathering" in a corner across the road from her window.

"They were very nervous, shouting very loud, trying desperately to make some signs to a police car that was just passing the road," she told CNN.

"I saw many of them crying, screaming," she said.