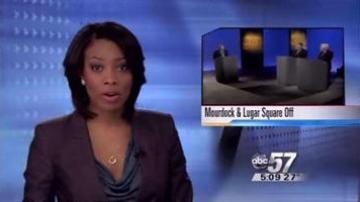 INDIANAPOLIS, Ind. -- Two men hoping to be the next senator of Indiana squared off for their first and only debate.

The two debated over the price of gas, a nuclear Iran and sanctions on North Korea.