Lunker's closes after 30 years in business 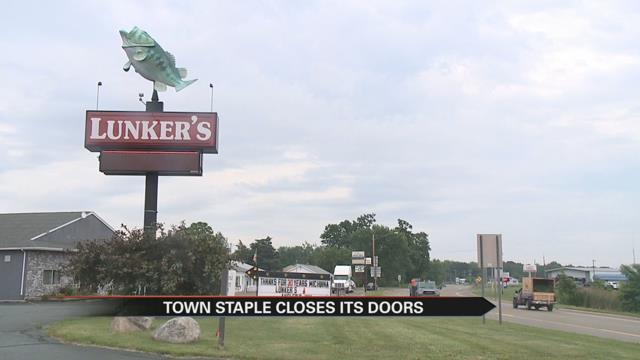 After more than 30 years in business, Lunker's & Angler's Inn in Edwardsburg is closed.

“This has been staple store in this community for many years,” former Lunker's Employee Larry Buckley explained.

“I'm in shock. I don't know what to say. There was no warning. I drove up this morning and here we are,” Alaina Gubecka echoed.

Gubecka captured one final photo of her grandkids outside Lunker's in Edwardsburg.

Traveling from Montville to take the kids to the bait shop and restaurant had become an annual summer tradition.

“This was always nice. We could come in. Get some fishing gear, some tackle. And we could go to lunch. And that was always a production. It was always an annual visit and it's really surprising that it's not going to be here. It's really sad,” Gubecka said.

Lunker's opened up in 1985, originally as a small bait shop.

But over the years the business grew into a popular destination for getting fishing, hunting and camping gear and apparel.

All was well until the recession hit eight years ago.

Michiana residents and even visitors agree Lunker's presence in the community will be missed.

“I have relatives that even come up from Chicago. I had family last year that came from Australia. And everybody wants to go to Lunker's,” Gubecka explained.

“I feel really sad for some of the people who have been here many years and it was their livelihood. I feel bad for Edwardsburg. I feel bad for the Michiana community,” said Buckley.

It is unclear what will happen with the property and the fish, turtles and other small animals inside.
Share this article: