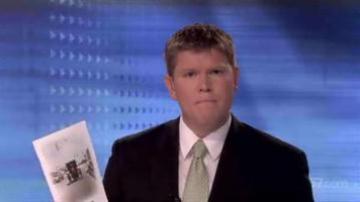 It comes out just after the year anniversary of that deadly crash that happened in Middlebury.

Two Amish sisters Jenna and Jolisa Miller died after the buggy were in pulled out in front of an SUV on County Road 24.

Three other kids were hurt.

The new handbook is filled with do's and dont's that should be followed on the road.

It also has a detailed list of traffic signs that horse and buggy drivers should be aware of.