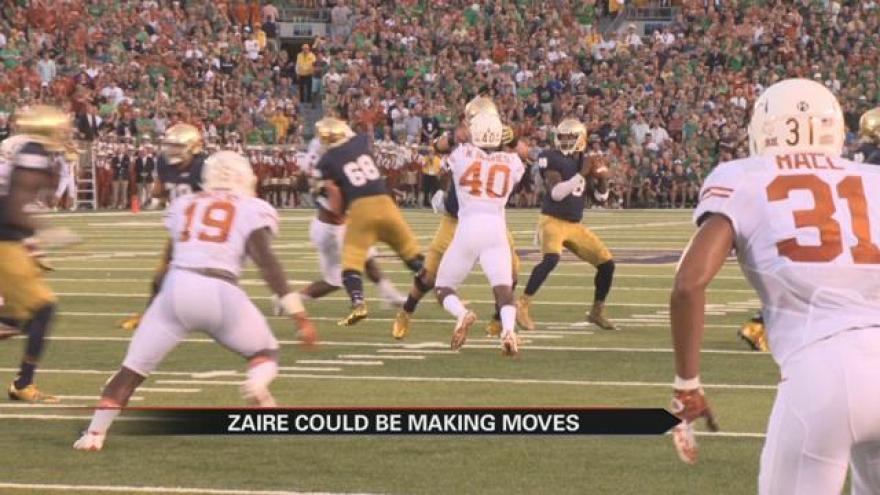 Brian Kelly granted Malik Zaire his formal release Wednesday, giving the quarterback the ability to transfer to another school for his final year of eligibility. This news comes as nothing shocking.

The writing was on the wall after Zaire lost out the starting quarterback job to DeShone Kizer this September, and Zaire still considers himself one of the top quarterbacks in college football.

Zaire battled through a lot in his time at Notre Dame. After backing up Everett Golson for two seasons, he got his shot in the 2014 Music City Bowl where he won MVP honors and ultimately spring boarded him to the starting job in 2015. After thumping Texas 38-3, he broke his ankle on a quarterback draw and was lost for the season. DeShone Kizer took the Irish to a 10-3 record, and a couple seconds away from a potential berth in the College Football Playoff.

Because Zaire is graduating in December, he will be eligible to play immediately. Notre Dame though is blocking which schools he can transfer to, making every opponent on their 2017 schedule off limits with the exception of North Carolina. Irish Illustrated reported Tuesday that Zaire is interested in Pittsburgh, Michigan State, Wisconsin, and Florida.

With Brandon Wimbush waiting in the wings and DeShone Kizer likely headed to the NFL, it makes sense to see Zaire seek a transfer.

UPDATE: Notre Dame will not block Zaire from enrolling at any school. That brings Michigan State back into play, where the Irish will travel to next September.