"Mamas Against Violence" heads to DC to rally for peace 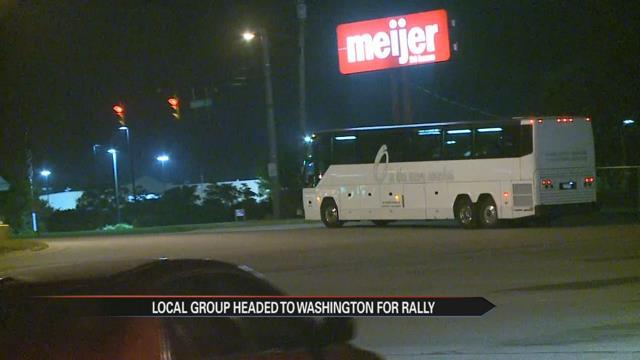 A South Bend non-profit organization is getting a big honor, representing the region to march with hundreds of others against violence at the United State capitol.

Mama's Against Violence is a group of about 35 women who have lost their children to acts of violence. And because of their work here in Michiana they've been given the opportunity to join a rally all the way at the Lincoln Memorial in Washington D.C.

The group left on a bus around midnight Friday morning from the Meijer parking lot on Portage road.

The leader of the South Bend group, Bobbie Woods, tells ABC 57 the rally they are headed to is run by the national group "Mothers in Charge."

Woods says Mama's Against Violence was chosen to represent the midwest states at the “Standing for Justice and Peace” rally.

This local grassroots organization has been here in our community for 12 years. And their leader says this D.C. trip is more for business than pleasure.

"We are standing for justice and peace," said Woods. "That is to combat gun violence and change some of the laws about the gun violence that we are experiencing.”

The march takes place Saturday at 10 a.m. at the Lincoln Memorial in Washington D.C.