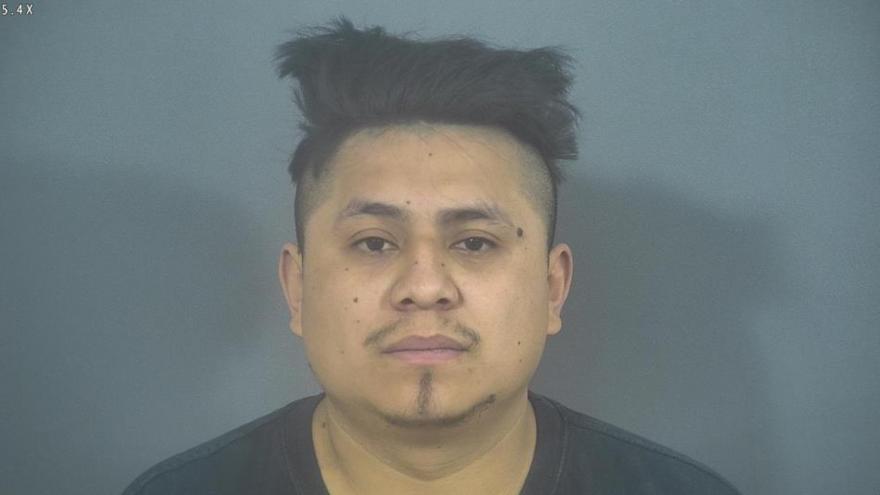 ST. JOSEPH COUNTY, Ind. – A man was arrested on Friday after he allegedly held a knife to his blind roommate’s throat and threatened him, according to the probable cause affidavit.

The South Bend Police Department was called to a residence on Allen Street for a report of a man who had put a knife to his roommate’s throat.

The victim, who is blind, told an officer that Ramon Villalba had been drinking that night.

Villalba had a friend over who the victim did not know and at one point, the victim told Villalba’s friend to leave.

Villalba drove the friend home and then returned and went upstairs to his bedroom, the victim said.

The victim said he was then grabbed by the neck and pushed to the ground.

He felt something pushed to his throat and believed it was a knife, reports said.

His attacker said, “You’re going to get it,” while holding the knife to his neck, according to reports.

The victim recognized his attacker’s voice as Villalba’s, according to court documents.

The victim told Villalba, “You don’t want to do this,” and Villalba stopped and went upstairs, reports said.

An officer saw several red markings on the left side of the victim’s neck and a minor laceration.

A knife was found under the couch in the living room, reports said.

When officers first got to the scene, they announced themselves and instructed Villalba to come downstairs but received no response.

Officers went upstairs and eventually located and detained Villalba in a locked bedroom.

An officer smelled the strong order of alcohol on Villalba’s breath, according to reports.

Villalba was arrested on the charges of intimidation and battery by means of a deadly weapon.

He is being held at the St. Joseph County Jail and is due in court on Monday.