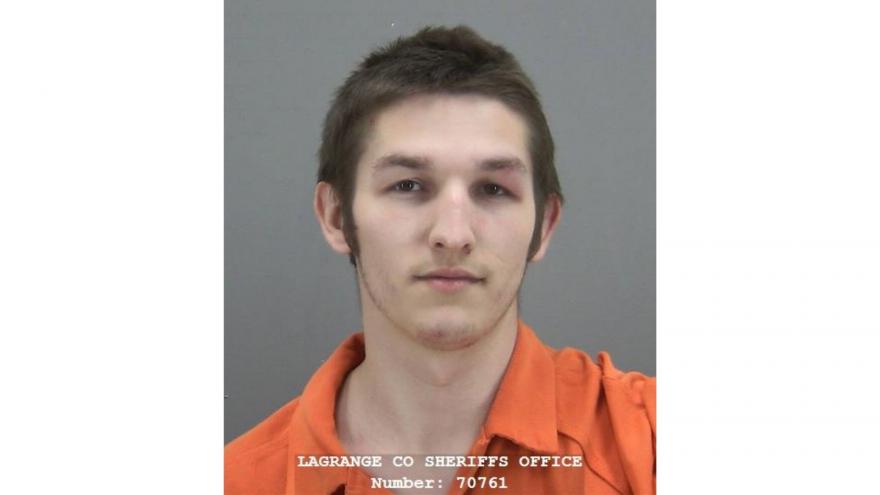 LAGRANGE COUNTY, Ind. – A LaGrange man was arrested after allegedly killing a small dog and severely injuring another while under the influence of methamphetamine.

The investigation found that 22-year-old Star Speicher was allegedly under the influence of methamphetamine when he killed a small dog with a machete and severely injured another dog, according to reports.

The injured dog later had to be put down by its owner.

Speicher was taken to the LaGrange County Jail on the charge of torture or mutilation of a vertebrate animal (two counts), a level 6 felony.