Man accused of threatening officer while on drugs 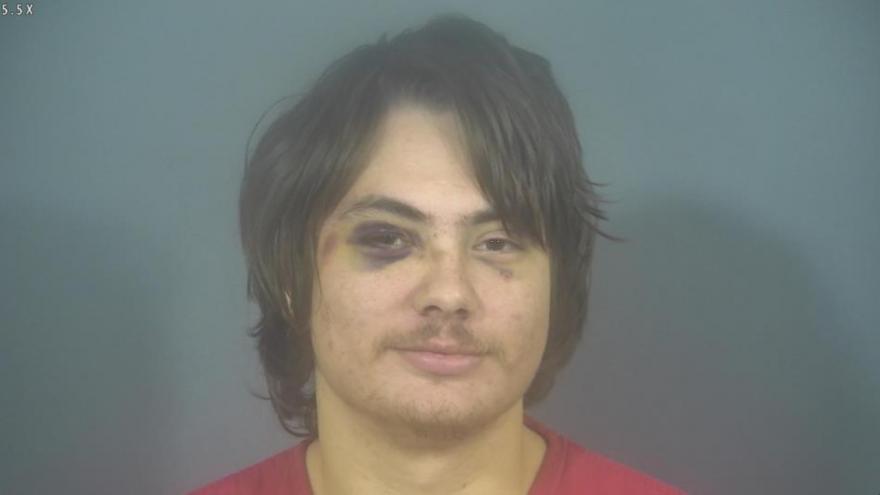 ST. JOSEPH COUNTY, Ind. – One man has been charged with intimidation and other charges after allegedly threatening to harm a police officer while under the influence of drugs, according to the probable cause affidavit.

On Friday, the Mishawaka Police Department was called to a residence on Hickory Road for a report of an overdose.

They believed that Maez was suicidal and said they had already taken two knives from him that night.

When officers arrived, Maez had retreated to a bedroom allegedly filled with dozens of nitrous containers, reports said.

Officers also found bottles of alcohol and pill bottles in the bedroom, according to reports.

As they walked into the bedroom, officers said they saw Maez huffing nitrous, according to reports.

Maez was on the bed lying in the fetal position and hiding his hands from officers, reports said.

As officers tried to detain Maez, he allegedly grabbed for an officer’s gun and later his revolver, reports said.

Maez allegedly struck an officer in the face three times before officers were able to detain him and bring him to medics, reports said.

While being checked out by medics, Maez allegedly began threatening to kill the officers and asked for their names and information in their reports so he could find them, according to reports.

As Maez was being taken to the hospital, he allegedly threatened to kill one of the officers by telling her he would drown her, drink her blood, and peel back her skin, according to reports.

Maez has been charged with battery against a public safety official, unlawful use of nitrous oxide, and two counts of intimidation.