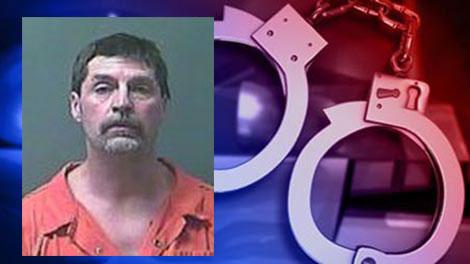 La Porte Police arrested a Mishawaka man after he allegedly led them on a chase in a stolen vehicle.

Around 4:15 Tuesday, La Porte Police were notified a 2012 Chevy Traverse reported stolen out of Plymouth was traveling north on US35 approaching Boyd Boulevard, according to a press release.

OnStar was also tracking the SUV.

Police followed the driver, later identified as 49-year-old Todd Kimberlin, from US35 to Alexander Street, to Monroe Street, police said.

Once on Monroe the chase reached speeds of 70-90 mph and Kimberlin allegedly passed vehicles on both the left and right side, forcing some drivers off the roadway, police said.

OnStar was able to reduce the speed of the SUV to 20 mph and police forced it to stop in the area of CR 150E.

Kimberlin was taken into custody.

No one was injured, but a La Porte Police squad car and the stolen SUV sustained damage.

Kimberlin was being held at the La Porte County Jail on a $750 cash bond.