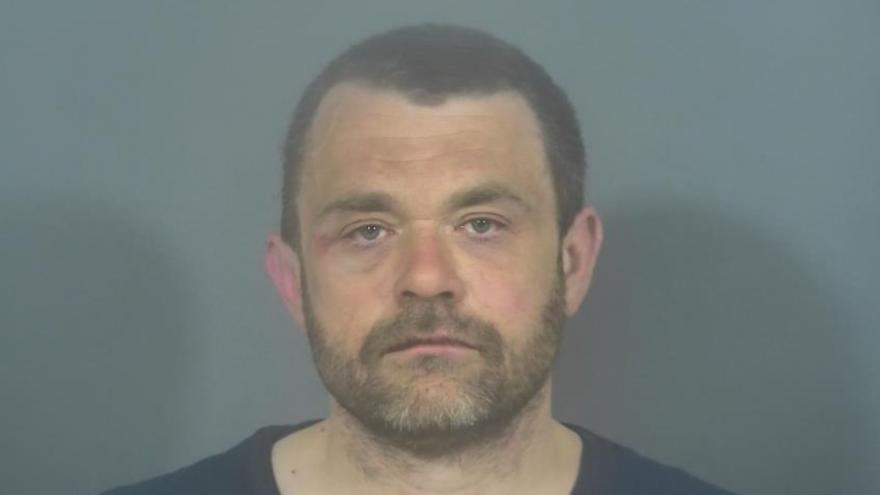 ST. JOSEPH COUNTY, Ind. – A man was arrested after allegedly stealing four cans of beer from a liquor store and hitting an employee with the beer and a bat, according to the probable cause affidavit.

Corey Sheets, 41, is being charged with robbery resulting in bodily injury and resisting law enforcement.

On April 15, officers with the South Bend Police Department were called to a liquor store on Colfax Avenue for an unknown disturbance.

While en-route to the scene, officers were told a man wearing a jacket and black pants had just robbed the business.

At the scene, officers were told the suspect still had the beer and was around the corner on Niles Street.

An officer found the man, later identified as Sheets, on Niles Street.

Sheets placed two cans of beer on the sidewalk and the officer ordered Sheets to come to him.

As the officer got closer, he saw that Sheets’ mouth was bloody.

Sheets allegedly continued to ignore and resist orders from police but was eventually detained.

Officers collected cans of beer and a small bat from the area.

At the liquor store, an employee told police he was working when a man, later identified as Sheets, came into the store and took four cans of Hurricane Brand beer.

Sheets then pushed past someone near the door and left the store, reports said.

The employee chased Sheets and confronted him outside.

Sheets allegedly told the employee, “get away from me [racial slur], I’ll hurt you” before hitting him on the lip with a can of beer and punching him in the face.

The officer noticed a cut on the employee’s lower lip and a red scrape on his left elbow area.

When the employee punched back, Sheets took a small bat out of his jacket and hit him on the sides and torso, according to reports.

The employee slammed Sheets to the ground and put him in a chokehold but Sheets broke free, reports said.