Man arrested after leading deputies from Indiana to Michigan 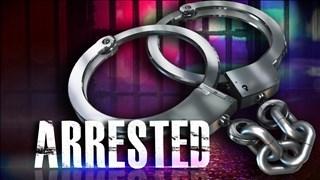 Cass County Deputies have taken an Elkhart man into custody after he allegedly led law enforcement in a pursuit from Indiana to Michigan Saturday.

Indiana authorities contacted the Cass County Sheriff’s Office about the pursuit that they say originally started in Goshen.

Cass County Deputies say they were able to track the damaged vehicle for several miles in Jefferson Township and Calvin Township because of a flat tire caused to the car during the pursuit.

According to the Cass County Sheriff’s Office, the vehicle’s damaged tire allowed deputies to track a groove in the roadway.

Deputies found the abandoned vehicle on the side of North Shore Drive in Jefferson Township and checked the area.

It was reported that they saw a man running in the woods to avoid being caught but deputies captured him soon after.

Deputies say two other subjects are involved in this incident but no other details have been released regarding them.