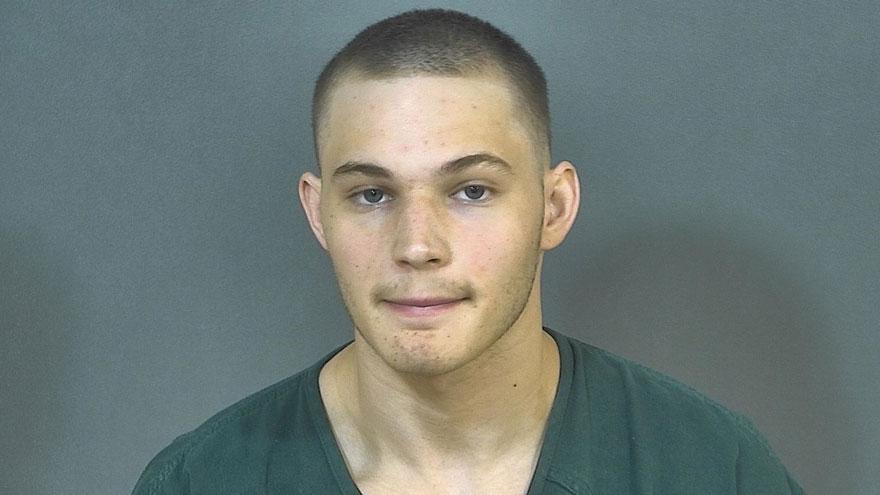 SOUTH BEND, Ind. -- The man who was shot by a South Bend Police officer on September 24 has been charged in connection with the incident.

Kristopher Mingo Flores, 18, has been charged with unlawful possession of a firearm by a serious violent felon, and pointing a firearm.

While working in plain clothes in an unmarked car, two South Bend Police officers with the St. Joseph County Drug Investigation Unit spotted a cream colored Cadillac at the intersection of Lafayette and Marion streets run a stop sign and nearly collide with other vehicles, according to the probable cause affidavit.

The officers pulled into the lot behind Flores.

Goering exited the driver's seat and approached the Cadillac.

Flores exited the Cadillac, turned towards the officers and pointed a gun at Goering, reports said.

Stec then fired at Flores and Flores fell to the ground.

Police said they recovered a handgun next to Flores.

Flores was taken to the hospital with a gunshot wound to the hip, police said.

When he spoke with investigators with the County Metro Homicide Unit, Flores admitted he had a gun and pointed it at Goering, reports said.

Flores said he was only trying to scare them away and didn't know they were police officers until Goering started rendering first aid and saw Goering's badge, according to the probable cause affidavit.

Flores is being monitored and is on probation for a unarmed robbery conviction in Michigan.

Flores is scheduled to be arraigned Thursday afternoon.