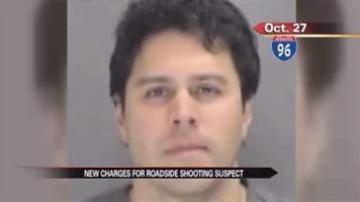 INGHAM COUNTY, Mich. -- The man suspected in 24 random shooting incidents along I-96 was arraigned on dozens of new charges.

He will appear in court next week for a preliminary examination.

Only one person was hit.