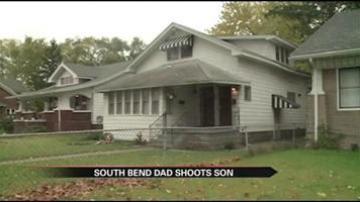 SOUTH BEND, Ind. -- The man accused of shooting his 6-year-old son in the leg is in custody, according to South Bend Police.

He was captured Saturday night around 9.

Police say that shooting started with an argument between relatives.