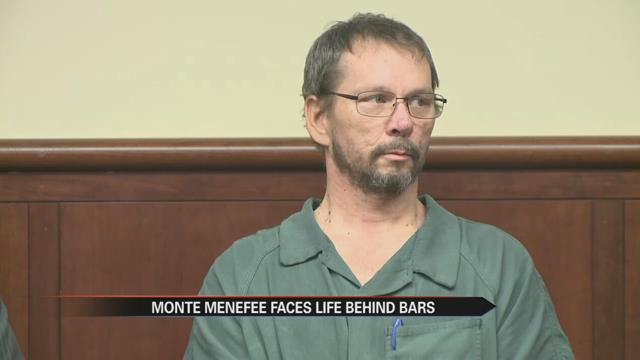 The Berrien County man who pleaded guilty to killing his 79-year-old mother with a meat mallet will be sentenced in court Monday afternoon. He faces life without parole.

In May, Monty Menefee pleaded guilty to the murder.

Investigators testified that Menefee confessed to the crime almost a dozen times during their interviews.

Police testified that Menefee told them he struck his mother multiple times with a meat mallet, suffocated her with a pillow, and then stabbed her to death with a kitchen knife.

In April 2015, a chaplin called police because he was worried Menefee was suicidal. During that welfare check at the warehouse where Menefee lived with his mother, wife and her two children, police found the body of 79-year-old Lavonne Monta.

A letter to his wife and his mother’s life insurance policy were also found at the crime scene.