Manchester Arena attack: What we know and don't know 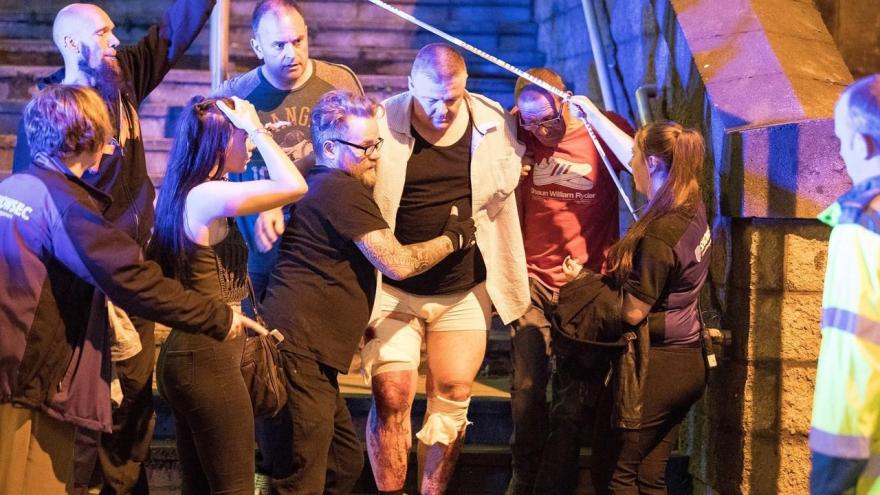 By Eliza Mackintosh and Kara Fox

LONDON (CNN) -- An explosion ripped through a crowd of people leaving an Ariana Grande concert in Manchester, England on Monday night. The deadliest attack on British soil since the 2005 London bombings has left a country in mourning and police searching for answers.

• At least 22 people, including children, were killed in the blast, which rocked Manchester Arena at around 10:35 p.m. local time (5:30 p.m. ET) as fans were leaving the venue.

• At least 59 people were injured. Police said that victims were being taken to eight area hospitals for treatment.

• Police have named 22-year-old Salman Abedi as the suspected bomber. He is believed to have died in the powerful blast.

• ISIS claimed responsibility for the attack, but offered no evidence to support the claim.

• Police have arrested a 23-year-old man in connection with the attack.

• Police have conducted at least 2 raids in Manchester as part of the investigation.

• An improvised explosive device is believed to have been used in the attack, police said.

• Arena representatives said that the explosion occurred outside the main concert area, in a "public space."

• The arena, built in 1995, has a capacity of about 21,000 people. It is not clear how many concertgoers were inside the venue on Monday evening.

What we don't know

• The motive: While police say they believe the attacker was working alone, police said they were investigating whether the attacker was part of a larger network or plot. Although ISIS claimed the bombing, the terror group did not mention a name and did not post a photo or provide any additional details.