Marian alum going up against Notre Dame in NCAA tourney 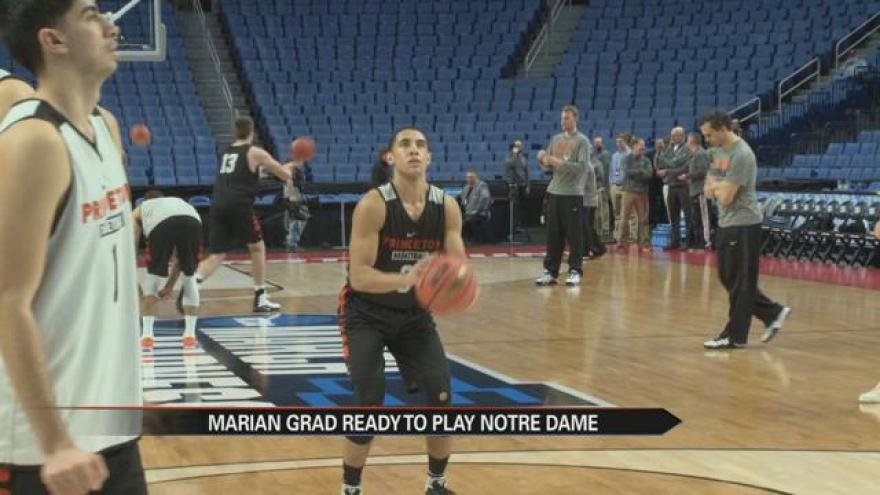 Princeton Guard Devin Cannady will play the biggest game of his career Thursday against Notre Dame, it just so happens the former Mishawaka Marian Knight will be going up against a team he knows all too well.

“There’s definitely motivation there and that motivation is surviving and advancing in this tournament,” Cannady said.

Growing up in the shadows of Notre Dame, Cannady says half the preparation for the Irish is blocking out the outside noise.

A lot of people who thought during the recruiting process that I was overlooked by Notre Dame are like this is your chance to play them, I had to turn my phone off, it’s on silent or airplane mode,” Cannady said.

But it's tough to ignore the relationship he has with Notre Dame.

“Having some history with the guys on the team, the emotions will be running high before the game but my coaching staff and teammates will be able to calm me down and get my mind right,” Cannady said.

"Going up against them, it's like going back to Marian High School with all the rivalries," his mom, Jessica Cannady said.

Cannady has become good friends with Notre Dame's V.J. Beachem and Austin Torres via his relationship with his former high school teammate and Irish Guard Demetrius Jackson, but those friendships will go out the door the moment the teams hit the floor Thursday.

The hometown kid, gets a chance to do something not many get to do in their lives; take out the team he grew up rooting for.

“Any kid from this area, playing Notre Dame in any sport, it’s got to be a great thrill especially in the NCAA Tournament,” Marian Head Coach Robb Berger said.

“It’s special and it’s a great story that we’re playing against Notre Dame and I have some ties with them but at the end of the day you have to do what you have to do to move on in this tournament,” Cannady said.

“It’s an emotional game, but if he needs any extra motivation, he’s got it with this one,” Henderson said.