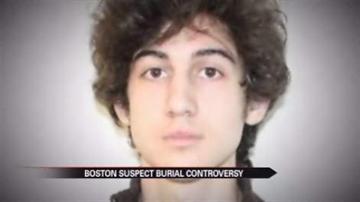 CAMBRIDGE, Mass. — The city of Cambridge says it will not allow the body of one of the Boston bombing suspects to be buried there.

Muslim tradition suggest the body should be buried, but Massachusetts cemeteries are not willing to bury Tamerlan Tsarnaev's body.

A Massachusetts activist has announced plans to raise money to ship the body to Dagestan.

"Let's get this resolved. I feel good about contributing $500 to this cause," said Boston activist William Breault.

One of the three men arrested last week in connection with the bombings is out on bail.

He is home on confinement and has to wear an electronic monitoring bracelet.

Police say the teen lied about what he knew.