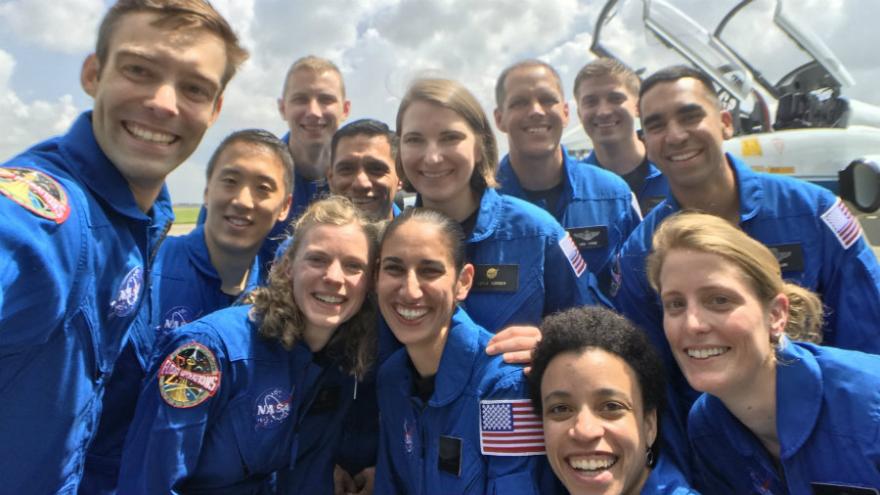 (CNN) -- Many children dream of one day strapping on an astronaut suit, buckling in to a rocket ship and counting down until the spacecraft launches into outer space.

For 12 people that dream is becoming a reality.

NASA, along with Vice President Mike Pence, on Wednesday at the Johnson Space Center in Houston announced the newest class of astronaut recruits:

"These are 12 men and women whose personal excellence and whose personal courage will carry our nation to even greater heights of discovery," said Pence. "And who I know will inspire our children and our grandchildren every bit as much as your forebears have done so in this storied American program."

The 12 recruits rose to the top of the record-breaking 18,300 applications NASA received this year. They won't be launching into space anytime soon, but instead starting their two years of training at Johnson Space Center in August.

Once trained they could be assigned a variety of missions, including: deep space missions, researching at the International Space Station and launching into space on spacecrafts built by commercial companies.

"Children all across the United States right now dream of being in their shoes someday," said astronaut and Johnson Space Center Director Ellen Ochoa. "We here at NASA are excited to welcome them to the team and look forward to working with them to inspire the next generation of explorers."