Memorial Hospital on lock down 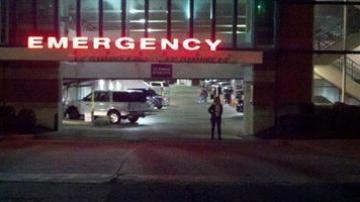 SOUTH BEND, Ind. - Memorial Hospital has been placed on lock down after three shooting victims were brought to the emergency room.

The shooting happened on the 1200 block of West Van Buren Street on the city's NW side just after 1 a.m.

ABC 57 News got a tip from a viewer trying to get into the emergency room at Memorial that the hospital was put in lock down.

A nursing supervisor at Memorial confirmed at 2 a.m. that the hospital had been put in lock down. Meaning that all the entrances to the hospital are locked. South Bend Police officers have also been seen outside the hospital.

The nursing supervisor said that the lock down is not unusual and that it was a decision made because of, "a lot of activity going on outside." She said that those who need in the hospital will be allowed in.

There is no word on how long Memorial will be placed on lock down.