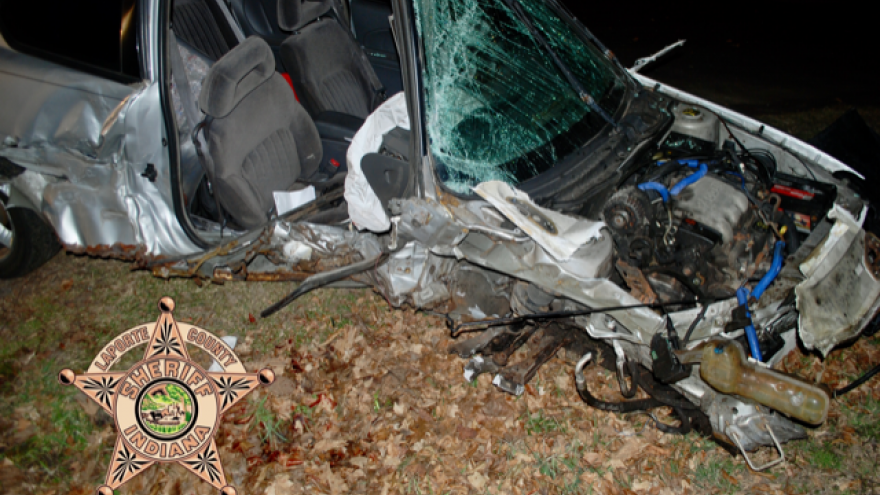 LAPORTE COUNTY, Ind.—A Michigan City man was airlifted to the hospital after a crash in rural LaPorte County on December 21.

According to the LaPorte County Sheriff’s Office, deputies were sent to the 3900 north block of CR 100 West in rural Center Township around 3:47 a.m. on December 21 for reports of a single vehicle crash.

Upon arrival, a silver passenger vehicle was found to be severely damaged on the east side of the road.

Police said an injured man was found lying on the ground near the passenger side of the vehicle with an upper body injury.

Deputies searched the area for the driver but did not find anyone else.

The injured man was identified as Jemale C. Nichols, 39, of Michigan City. Nichols was airlifted to the hospital for treatment.

The LCSO Fatal Alcohol Crash Team (FACT) was activated and evidence at the scene indicated that the vehicle was traveling north on CR 100 West when, for an unknown reason, it left the east side of the road and hit two trees.

Police continue to investigate the crash and are asking anyone with information regarding the incident to contact the Sheriff’s Office at (219) 326-7700.