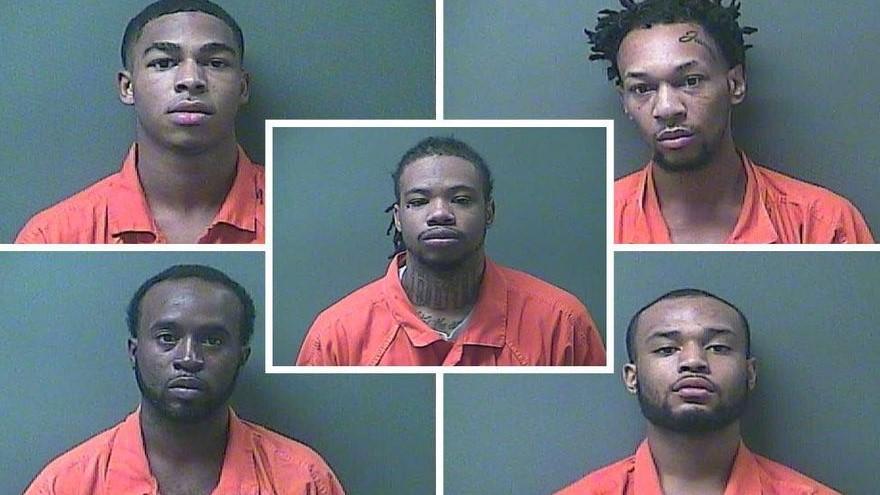 Saturday October 31, Officer mark Galetti was dispatched to the 100 block of West Fulton Street for a report of a subject pointing a firearm.

The suspect, 29-year-old Charles Pheal was found to be in possession of a firearm that was reported stolen.

On November 3, Corporeal Marty Corley observed a vehicle that was being driven by a subject that had an active arrest warrant.

The driver, 18-year-old Marquaivion Holmes was arrested on an active warrant for Possession of a Firearm without a Permit A-Misdemeanor.

Officers smelled the odor of marijuana coming from the vehicle, and a subsequent search revealed a firearm.  19-year-old Jarese Terrell Bishop was arrested for Carrying a Handgun without a License A-Misdemeanor.

On the evening of November 3, Corporal Mike Oberle initiated a traffic stop for failing to signal a lane change and a loud music ordinance violation.

Officer Steve Wiegel and K9 Axel arrived, and a free air sniff was conducted on the vehicle. K9 Axel positively alerted on the vehicle, which lead to a search of the vehicle; suspected narcotics and a firearm was found.

On November 8, Officer Matthew Babcock initiated a traffic stop for speeding and equipment violation. When Officer Babcock identified the driver and occupants of the vehicle, he smelled the odor of marijuana.

Daryl Dwayne Rhodes II, 19, was charged with Theft of a Firearm Level 6-Felony and Possession of a Firearm without a Permit A-Misdemeanor.

Asa Lamoyne Tompkins, 23, was charged with Possession of a Firearm by a Serious Violent Felon Level 4-Felony.

Michigan City Police Department would like to remind the public that you can contact them via Facebook Messenger, through the crime tip hotline number 219-873-1488, or you can call the WeTip Hotline for General Crime at (800) 78-CRIME.