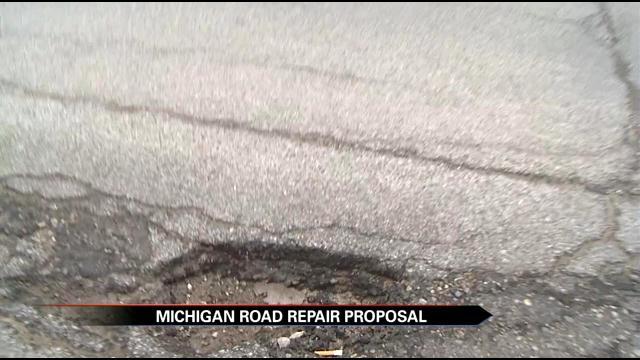 There could soon be a direct connection between the money you spend at the pump and the condition of roads in Michigan.

Late Thursday afternoon, after going back and forth for more than a week, democrats and republicans in the state House and Senate agreed on a deal, the rest is up to voters.

In May, voters will have a choice as to whether or not they support increasing sales tax in Michigan to 7 percent.  The extra money - that one percent increase brings in, will put millions of dollars towards schools and local governments.  All money raised from taxes paid at the gas pump will go towards fixing the roads.

Abc 57 News talked with Michigan drivers who say it all sounds good, but right now gas is affordable, and they'd like to keep it that way.

“You really have to budget you know, it gets scary when you only make so much and then you have to pay your bills and, you know gas is important because you have to get where you have to go,” expressed Berrien Springs resident, Jill Jones as she filled up her tank.