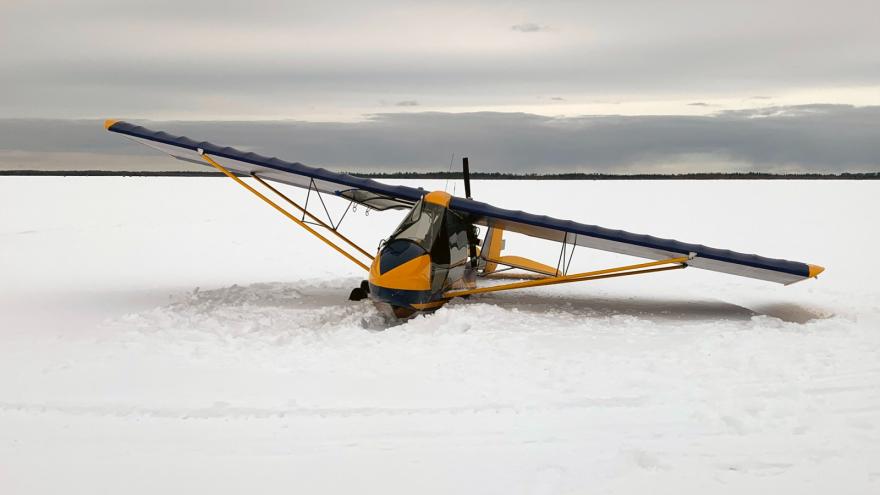 Mark Meyer, 62, of Escanaba, was flying his plane from the Manistique Airport and had logged about two hours when he lost power over Indian Lake.

Dispatchers were notified at 3:24 p.m. of a plane that was having engine problems and circling the lake.

Meyer couldn’t restart the engine and made an emergency landing at 3:32 p.m.

Within three minutes, a DNR Conservation Officer arrived on a snowmobile and made contact with Meyer, who was alone and not injured.

The emergency landing caused damage to the body of the plane after its landing gear broke.

Within hours, the plane was safely removed from the ice.

“We’re all grateful that Mr. Meyer’s skills allowed him to safely land the aircraft he was piloting on the frozen lake without injuring himself or anyone else. This is the best outcome we could ask for in an emergency situation like this,” said Asst. Chief Dave Shaw of the DNR Law Enforcement Division.