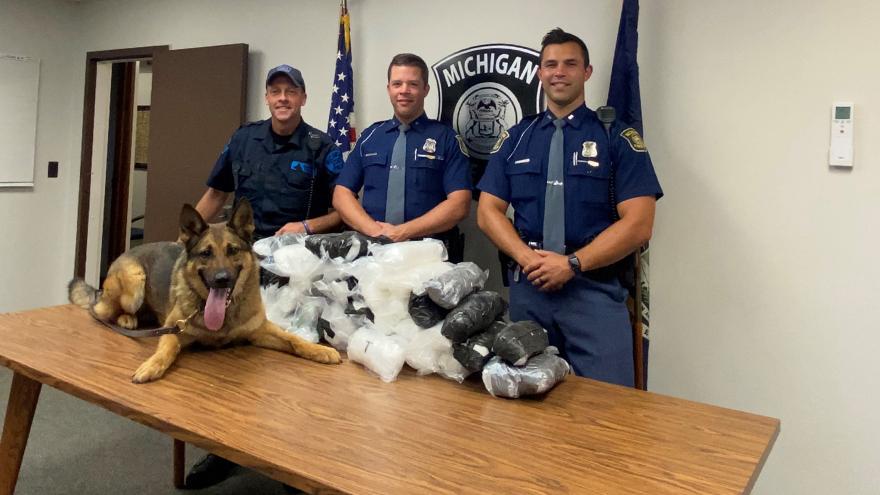 Friday around 4:30 p.m., troopers conducted a traffic stop on a vehicle with an expired Georgia license plate that was traveling northbound on I-196 near mile marker 13.

The troopers were with the fifth and sixth district's Hometown Security Teams. Members are specially trained in criminal and drug interdiction.

While speaking with the driver and passenger in the vehicle, troopers observed signs of criminal activity and obtained consent to search the vehicle.

During a search of the vehicle, troopers located approximately 50 grams of crystal meth wrapped in 51 different packages, police said.

The value is estimated at $1 million.

The passenger, a 34-year-old man from Mexico was arrested on preliminary charges of intent to deliver methamphetamine and resisting and obstructing an officer.

The driver, a 30-year-old woman from California, was taken into custody on preliminary charges of intent to deliver methamphetamines and providing false information to a police officer.

Both are being held in the Van Buren County Jail.

The names of the suspects are being withheld by police until they are arraigned.