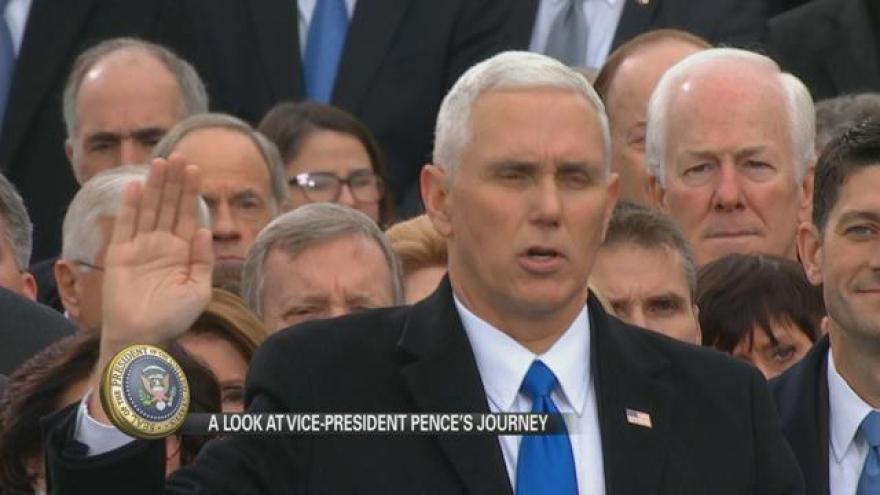 "We're ready for Donald Trump to be our next president," he said that day.

A few days later ABC57 followed Pence to New York City and caught up with him minutes after Trump made him his running mate.

"We love Indiana, we love our country, my family and I couldn't be more honored," Pence said.

After that, Pence went to Cleveland for the Republican National Convention.

Pence used the big stage to pitch party unity and sell the country on Trump.

"You have nominated a man for president that never quits," Pence said.

On Election Day, Pence was back in Indiana, casting his ballot.

It was a surreal moment for the governor.

"Very humbling, very humbling," he said when we asked what it felt like to vote for himself.

A win for the ticket later that night secured a trip to the nation's capital.

Friday Pence was sworn-in as the 48th Vice President, the sixth Hoosier to earn the title.