Mini riot broke out at LaPorte County jail on Friday 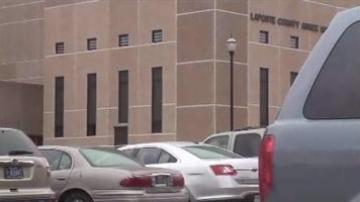 LAPORTE, Ind. -- Concerns of overcrowding are still plaguing the LaPorte County jail after the sheriff closed one floor of the jail last week.

The sheriff moved inmates from one floor to another after a funding dispute with the county.

On Monday, ABC57 learned there was a mini riot between inmates on Friday.

Deputies used tasers and pepper spray to get inmates under control. Patrol men and police dogs were also brought in to help.

One councilman told us the sheriff has the money to operate the jail, but spent it on a car instead.