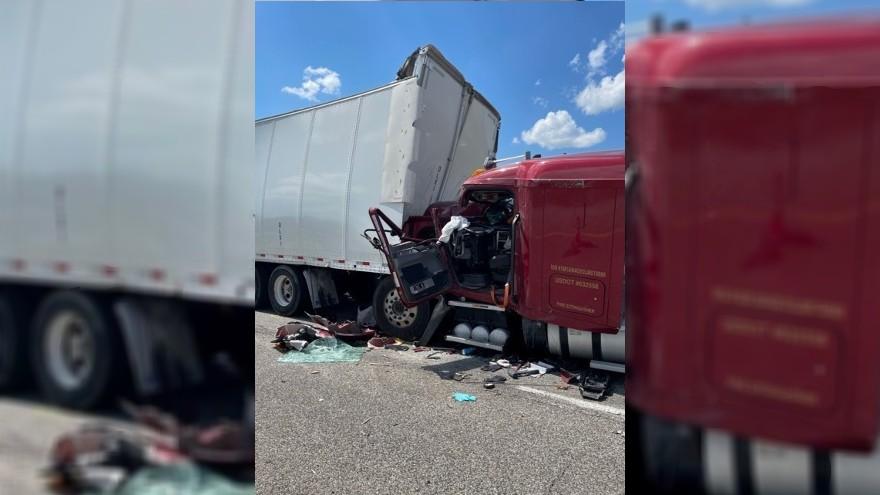 ELKHART COUNTY, Ind. – The drivers of two semis involved in a crash on the Indiana Toll Road Thursday afternoon are lucky to escape with minor injuries.

Indiana State troopers responded to a traffic-stopping crash on the Indiana Toll Road near mile marker 104 on Thursday at 2:35 p.m.

The black 2019 Freightliner towing a box trailer was traveling in the right lane of traffic that was stop-and-go due to a construction zone being taken down.

The red 2020 Mack truck towing an empty tanker trailer was traveling in the right lane as well, just a short distance behind the Freightliner, police report.

Reports say that the driver of the Mack became temporarily distracted, and drove into the back of the Freightliner when traffic slowed again suddenly.

The driver of the Mack had to be extricated from the vehicle by Bristol Fire and EMS before being taken to Elkhart General Hospital for minor injuries, according to police.

The driver of the Freightliner was uninjured.

Both lanes were reported to be re-opened by approximately 5:30 p.m. Thursday.