Mixed reactions on possible move to NFL for Coach Kelly 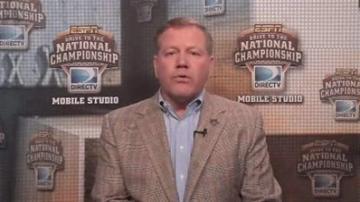 SOUTH BEND, Ind. — According to ESPN, Notre Dame head football coach Brian Kelly may be on the way out. The sports website is reporting that Kelly has met with officials from the Philadelphia Eagles about an open position.

This news comes just a few days after Notre Dame lost to Alabama in the national championship.

A university spokesman was about the meeting and he said he did not know anything about it.

Coach Kelly was asked to confirm if he had contact with an NFL team during media day in Miami but did not answer the question directly.

People that ABC57 spoke with said they are hoping Kelly does the right thing.

"If he is interviewing, you know do it for the right reason," said Leif Wahlen. "But if you do love Notre Dame and what you did this year, come back because it's only going to bring greatness."

Yet, at least one person that Kelly should just go.

"I think he should go," said Korey Kimmel. "It's time to go. he's been here for three years, he lost the national championship. It's time to get out of here."

Kelly is unavailable for comment and is out of the country.