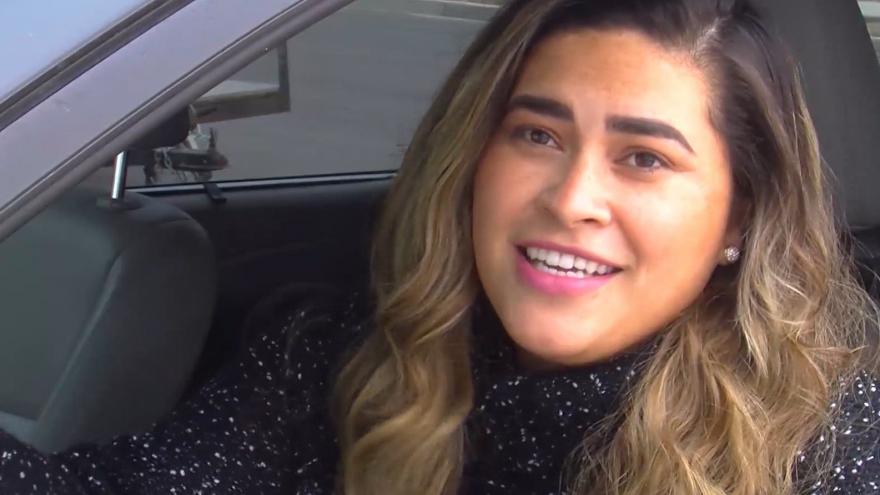 American Fork, Utah (KSL) -- Krystal Tukuafu has used her minivan to haul furniture and as a camper.

Now, Tukuafu can boast that she used her minivan to help a police officer chase down a shoplifting suspect and arrest him.

On Wednesday, Tukuafu was shopping with her 3-year-old son when she noticed an American Fork police officer running after a man. Tukuafu, who has about 1,000 followers on Instagram, began livestreaming the chase.

She followed the men for a while as the chase unfolded. But then, Tukuafu said she pulled next to the officer in a parking lot.

At that point, Tukuafu said she was both shocked and excited at the same time.

"I didn't know if I knew how to get there as quickly as he wanted me to. I didn't even knew if I had my seat belt on and I'd get in trouble for it," she said.

Tukuafu pursued the fleeing man in her minivan. She got within 5 feet of him before slamming on her brakes so the officer could jump out with his Taser, order the man to stop and arrest him.

"I was excited that I was with my son because he was like, in heaven. He kept saying, 'So cool, so cool,'” she said.

Steven Glen Munson, 34, of Salt Lake City, was arrested and booked into the Utah County Jail for investigation of shoplifting and failing to stop at the command of a law enforcer.

With backup officers right behind, Tukufau said she left before the officers could thank her. Later, on their Facebook page, American Fork police acknowledged "the nice lady (who) Talladega-Nights the officer to where the suspect is still running" and thanked her.

Tukuafu said unlike some people, she's proud she drives a minivan. And now, she has even more bragging rights.

"I'm a cool mom to my kids and to a lot of moms in my neighborhood who drive minivans. Like, seriously, you just can't underestimate us moms with minivans, You never know. Now I'm just waiting for someone to pimp my ride. I want some, like, cool law enforcement stuff. I think that would be cool," she joked.

Tukuafu said her husband is a retired NFL player, and the only one on the team who drove a minivan to work.