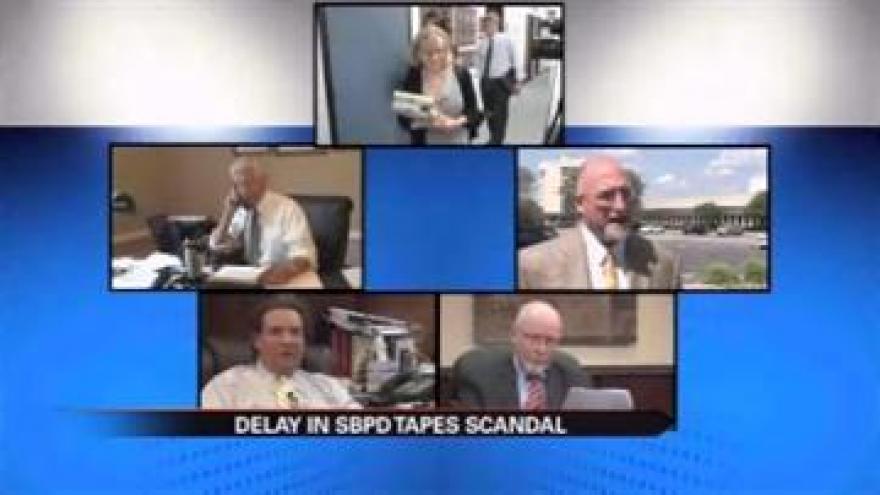 SOUTH BEND, Ind. -- It has been a year and a half since the South Bend Police Chief was forced to resign and the FBI launched an investigation into phone recordings. There is another delay in the case while attorneys finish questioning a key witness.

When the case began, the plan was to tackle it in two steps.

First determine if the recordings are legal.

Second, if they are, decide if the recordings should be released and who should be able to hear them.

The attorneys were supposed to give the court their opinions on the legality of the recordings on August 1st.

But that's not going to happen because a key witness is still being questioned.

A disagreement over what questions can be asked of the witness has delayed things until late August.

In the meantime, attorneys for the city of South Bend and the officers involved have asked the court to seal all evidence in this case.

They want to ask the witness questions about what is on the tapes, but do not want the public and the media to know what the witness said.

The city also wants the judge to prevent other attorneys in the case from listening to the actual recordings themselves.

The attorney for former Chief Boykins says the first request is inappropriate because it's too early in the process.

As for the second request, he says he has a right to listen to the tapes in order to build his client's case. He also says what is said on the tapes should not determine whether they are legal.

That is, unless the officers say things on the tapes that show they knew they were being recorded.

The judge is still weeks away from ruling on these two requests.