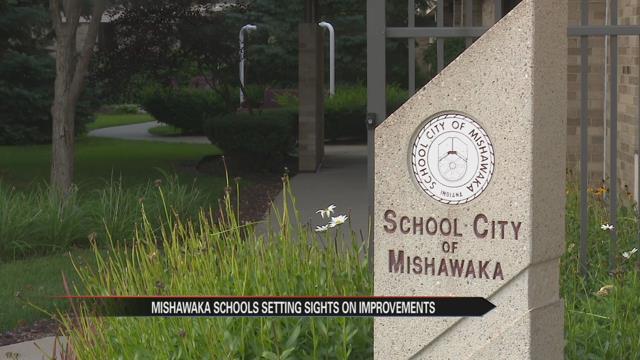 New students and new changes are headed to the School City of Mishawaka.

Fresh off a successful start to classes the growing district is looking to stay ahead of growing competition.

Monday was the first board meeting of the new school year.

It’s a sign Mishawaka’s public schools are growing and the superintendent says they’re prepared for it.

“We want to get better every day,” said Superintendent Dean Speicher. “We’re in a competitive environment and so by getting better every day we service our students more effectively.”

The school board and the corporation reiterated their promise of vested interest in the future of this district to every student this school year.

That culture was part of the school corporation’s message in order to invite new families to join this district’s home.

“We had about 225 new students but by the time you get done with students coming and going, we have about 130 new students net,” said Speicher.

That uptick in out of-the-district enrollment for this district means a big payoff.

More funding that would go to needed upgrades and expansions for this growing district.

“We’re trying to move the School City of Mishawaka from good to great,” said Speicher.