ST. JOSEPH COUNTY, Ind.—University Park Mall has seen some changes over the past year, including the closure of anchor store Sears and Granite City Food and Brewery, the addition of Trollbeads and a soon-to-open arcade, a renovation of the children's play area, and the closing and reopening of Charlotte Russe.

Two new stores with a focus on shopping local have recently opened up in University Park Mall as holiday shopping season arrives.

“We found that there was a need in not only malls but in areas to buy local, shop local,” said Hometown Indiana co-owner Cris Lamb.

Sandwiched between Hot Topic and The Walking Company, in a storefront that used to be occupied by a children’s clothing store, a rotating pop-up shop space is now the home to a farmers’ market of sorts.

Lamb is one of four business owners that joined together in 2018 to open Fort Wayne-based Hometown Indiana, a collection of items from local vendors and artisans. 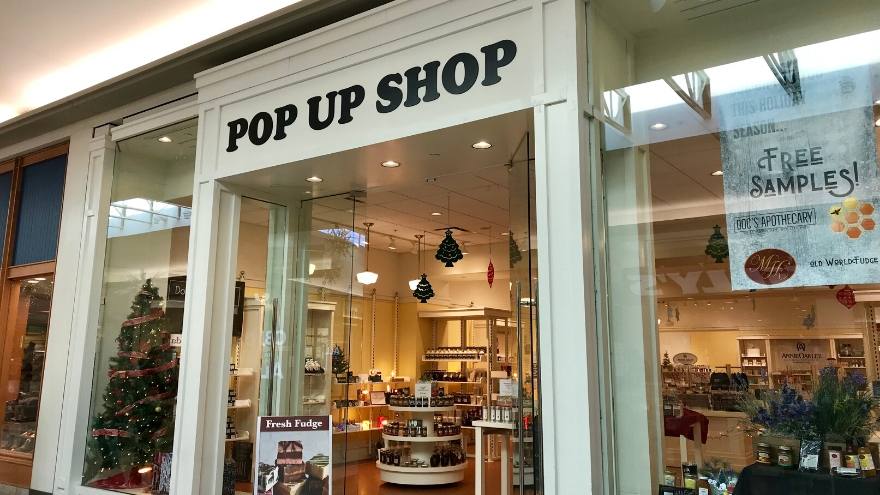 Hometown Indiana opened its location in University Park Mall in early November as two other locations popped up in Indianapolis.

Jars of honey, handmade signs, fudge, candles, shirts, jewelry and more line the shelves and tabletops inside of the shop, all crafted by makers based right here in Indiana.

“We have that hometown feel. It feels like when you walk into a farmers' market. You feel like you’re supporting local,” Lamb said, adding that the shop has been able to give smaller businesses the opportunity to sell their items in a place they otherwise might not be able to.

Lamb, who also owns Old World Fudge, a Columbia City-based fudge shop, said the shop will be open in the mall until at least late January, but they hope to stick around longer into the new year.

“It was always my dream to start a clothing boutique before I started college,” said Morning Willow Boutique owner Andrea Weaver.

In mid-October, just a few short months after graduating from Ball State University, Middlebury native Weaver launched an online boutique with the hopes of realizing that dream.

Just weeks later, in mid-November, Weaver set up a physical shop in University Park Mall’s center court in a kiosk location in front of Taj Jewelers.

“I thought that University Park Mall would be a really good place for me to start just because there’s a lot of foot traffic and there’s a lot of people that come here from all over the area,” Weaver said. 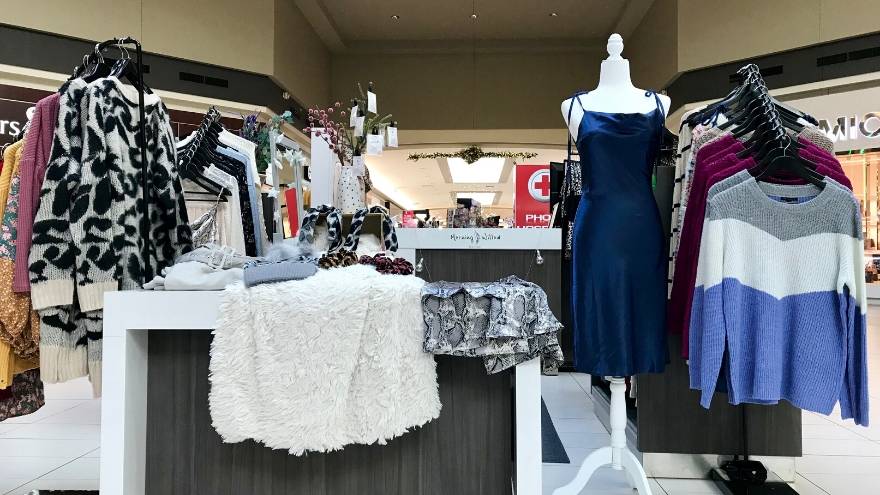 At just 22-years-old, Weaver owns and operates her boutique specializing in women’s clothing and accessories. She plans on being open in the mall for the next year.

“When I decided to officially start Morning Willow, I wanted to pick clothing that would inspire women’s confidence and just build them up,” Weaver said. “I have a saying ‘wake up and be iconic’ and I just want women to feel iconic when they wear my clothing.”

Weaver said she receives new merchandise weekly and while she’s just feet away from some of the biggest retail brands in the country, she thinks her selection is uniquely curated.

“Even though I am here with some really big names, I carry some different styles than some of the big names here,” Weaver said.