Mother of boy killed by stray bullet speaks to ABC57 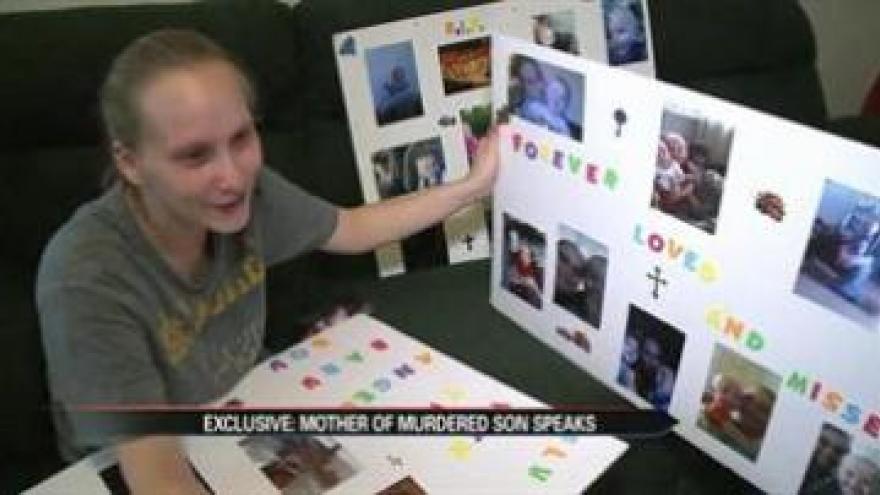 SOUTH BEND, Ind. -- For the first and only time, the mother of 2-year-old John Swoveland Jr spoke to ABC57 about the death of her son, who was killed by a stray bullet.

John Swoveland Jr. was playing outside a home on Campeau Street on April 9, 2014. It was one of the first warm days of the year.

"I went out there, checked on him. And about four minutes later my daughter runs inside hysterically screaming, 'My brother, my brother!' And I ran immediately, immediately outside. And he was just lying there, so I picked him up. That’s the one thing I can’t get out of my head. I can’t get that last image out," said Ashley Kinder.

At first she was confused. She didn't know why he suddenly collapsed.

"I picked him up and I kept asking Lexia, 'What happened? What happened?' And there was a man that was pulling up, and I was thinking that the man hit him like my son had wandered into the street. And the man looked like he was lost too," said Ashley.

Then, as Ashley held onto her son, she felt the blood dripping from his small body onto her hands.

"I pulled his shirt up and I seen this big hole and I lost it. I started screaming until the ambulance got there. And I tried helping him breathe and he was slowly turning white and I was trying to keep him awake and keep his eyes open," said Ashley.

That’s when she knew her 2-year-old boy had just been shot.

"I can’t get it out of my head because I was holding my son as he was dying," said Ashley.

John was rushed to the hospital, but died in surgery.

"I knew what happened, I knew that he was gone," said Ashley.

Police determined that a bullet, shot from Coquillard Park, traveled more than a block before striking John in the chest.

Police charged 8 people in connection to his death.

"Them being locked up isn’t really bringing me peace because it's not like they came up to my son and shot him intentionally. I mean like, it was an act of stupidity, like they weren’t using their heads.

They were being careless. And because of their carelessness my son’s life was taken and it’s kind of messed up," said Ashley.

John is the second child Ashley has lost.

Three years ago, her two week old daughter died of a virus.

Now Ashley says she is trying to keep her other two children safe.

She says with each day she gets stronger. She says it is some comfort to know John made a difference in other people's lives.

"I had several people come to me and tell me they are completely different with their children now. That they try to take as many pictures, try to do as much stuff, they try not to get mad at them. It felt really good to know that my son impacted so many people," said Ashley.